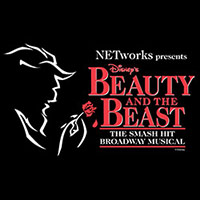 Disney’s BEAUTY AND THE BEAST, the smash hit Broadway musical, is coming to Seattle!  Based on the Academy® Award-winning animated film, which was just re-released in 3-D, this is sure to be a Broadway event, and a great reason to enjoy the arts as a mom and daughter night out, girls’ night out, or romantic evening for two.

Don’t get caught up with BEAUTY AND THE BEAST being a “kids” show, this is a classic love story, with complex and well thought out characters.  Belle is a beautiful young woman living in a small (I always assumed French) town.  The Beast is no beast at all, but really a handsome young prince trapped by an evil spell. The Beast must learn to love and be loved in his ugly form before time runs out for the spell to be broken.  Beautiful costumes, breathtaking sets, and wonderful choreography and music, including songs from the movie, such as “Be Our Guest” round out the experience.

Disney’s BEAUTY AND THE BEAST will be playing February 21-26, 2012 at the Paramount Theatre.  Tickets are sure to go fast for this very short run of this wildly popular Broadway show, so don’t delay.

Are you planning to come into Seattle from out of town to see the show?  Why not make a weekend of it?  Enjoy downtown Seattle before the crowds of tourists come in, have dinner in one of many world class restaurants, and stay with us at  Seattle Oasis Vacations.