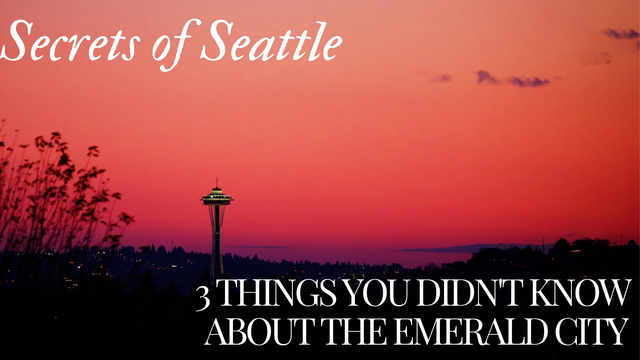 Seattle, Washington is a well-loved location for travelers looking for a piece of paradise in the Pacific Northwest. Lush with forests, water ways and views, it’s a city that easily captivates the minds and imaginations of those craving a place to balance an urban lifestyle with proximity to the stunning, natural world. Those heading to Seattle will inevitably carry a list of must-see places and Seattle activities that include The Space Needle, Pikes Place Market and more. However, for all that is known about Seattle, there are just as many fun facts that make for a more mysterious view of the city. Here are 3 things you didn’t know about Seattle before today.

A Little About Boeing

When it comes to the topic of aviation, Boeing is a household name and in Seattle, it’s a huge source of economic stability. The Boeing Everett Factory is located just north of the city and many who visit will make their way this direction for an unforgettable tour showing the process of designing and creating massive airliners. What many visitors may not realize is that this giant-of-the-skies company was originally a Seattle-based business dedicated to the production of boats! Founder William Boeing had a passion for the water but transformed the company towards aviation when WWII broke out and the government called for a drastic increase in airplane production. Post-war, the company continued on its newfound trajectory of creating commercial airliners and hasn’t looked back since.

Located in the heart of Pioneer Square, the Smith Tower is an unmistakable landmark and visitors to the city seek it out as a highlight of any visit. This skyscraping work of architecture has graced the Seattle skyline since its completion in 1914. What many visitors to the city don’t know is that, at the time of its completion, this tower was considered the tallest tower west of the Mississippi! While the title didn’t hold for long, it still holds a special place in the heart of Seattle residents who recognize it as the city’s oldest sky scraper. 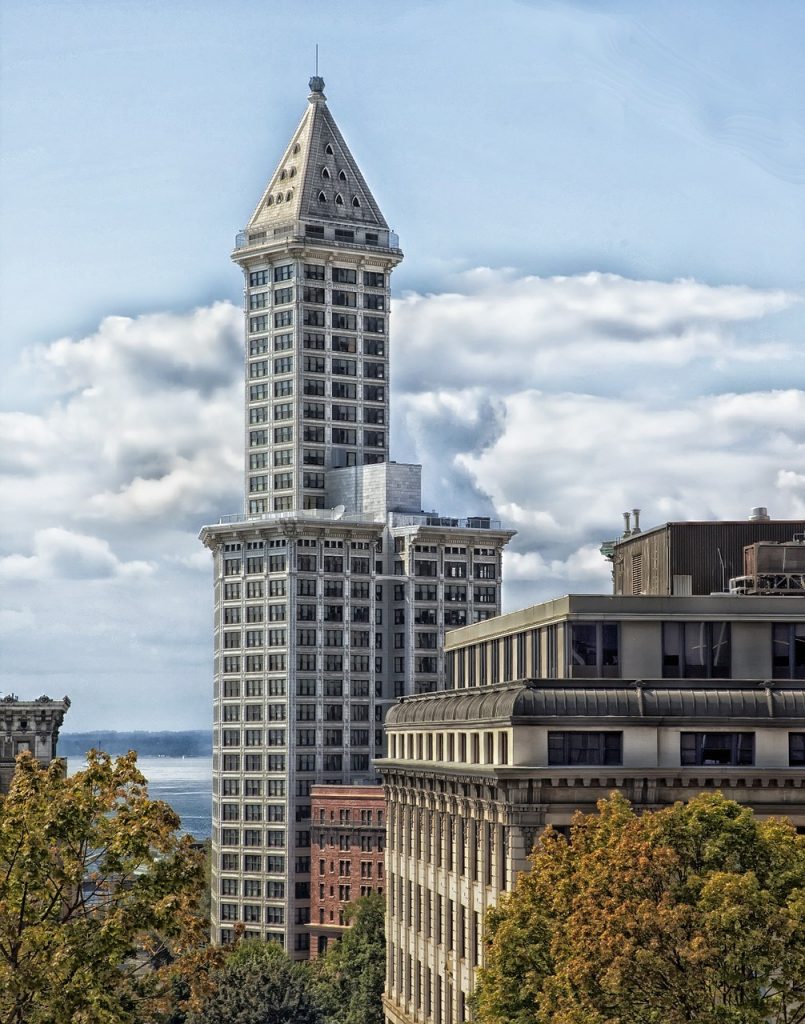 In the modern world, visitors driving through Seattle wouldn’t think twice about filling up their vehicle with gas in order to get around town, but once upon a time, the concept was nothing more than a far-fetched concept. Today, if a traveler in Seattle were to make their way towards 2225 East Marginal Way, they would stumble across a plaque laid by The Standard Oil Company of California, claiming it to be the very spot where the first gas station in the world was opened in 1907. While this claim is disputed by a few other locations throughout the nation, Seattle proudly claims the spot as their own and stands by the notion that their city was the first to give drivers the option of gassing up to hit the road and explore.

While these three facts shed an interesting light on this beloved city, there is much more to learn about and explore in Seattle! When you’re here, stay close to the heart of it all and book your vacation rental with Seattle Oasis Vacation Rentals. We’re a dedicated team of professionals here to help you find a rental property that brings the comfort, style and luxury you deserve to your Seattle getaway. Contact us today to start planning!